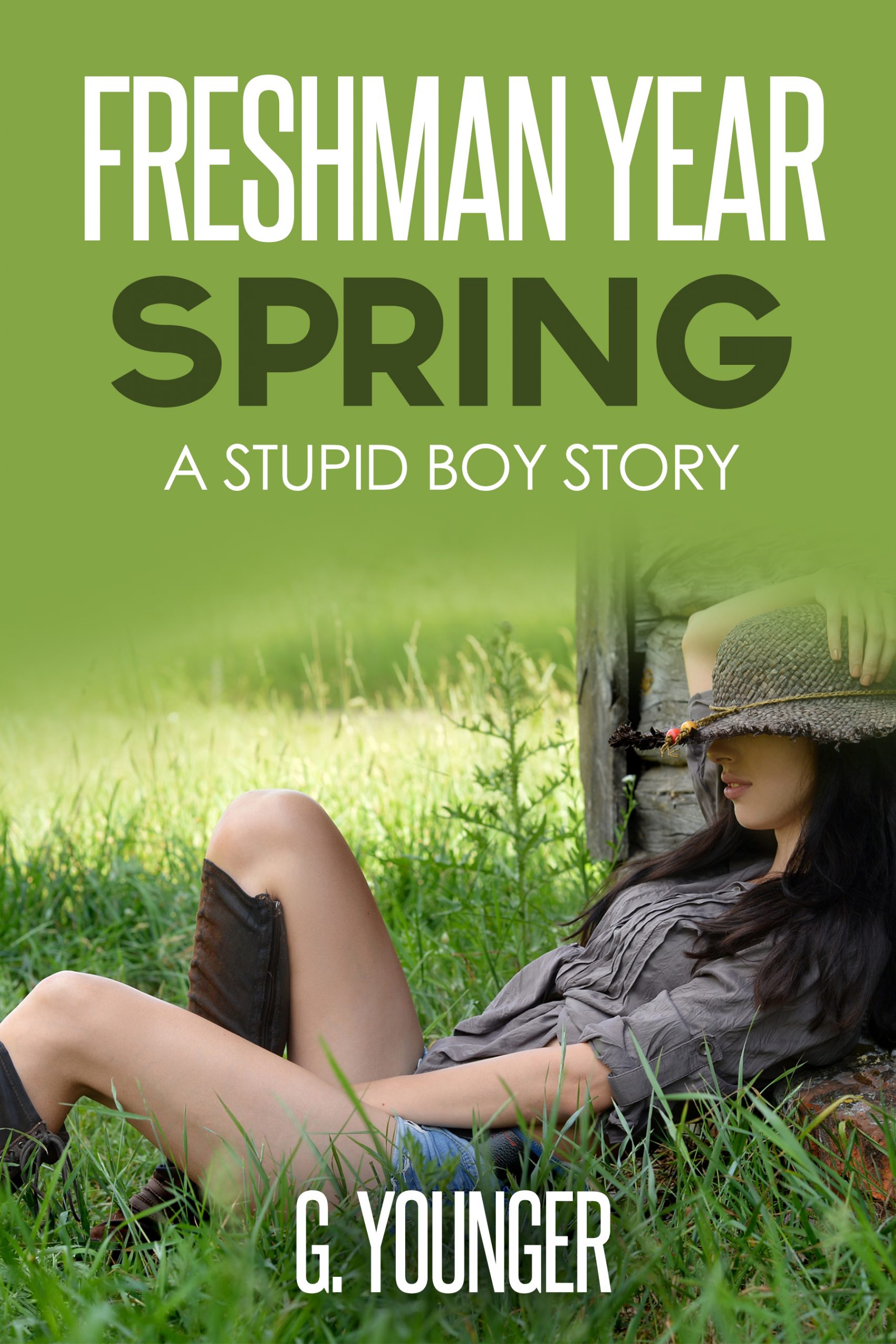 David Dawson is at an all-time low … it wasn’t the way this kind of story was supposed to go. The girl he thought he was in love with dumped him. A church ski trip resulted in a disaster when an avalanche trapped him in a cabin and everyone thought he was dead. His mom has had to go to California for experimental cancer treatment. Could things get worse? Will his family and friends rally around him? Will his love for baseball be his salvation?

This is just page after page of fun, hot babes of various ages. There are a lot of sports, similar in that way to all of the other stories about boys in high school. I am guessing that either the author was an athlete or like me, wannabes; it doesn’t matter.

When I found “Stupid Boy” I hit the jackpot! I couldn’t put it down!

I enjoyed your series so much and I find myself an emotional wreck.

Frick! I can’t sleep because of you.

Freshman Year Spring is a sexy romantic comedy with just enough sports and adventure mixed in to make it unforgettable. Join this ‘stupid boy’ as the girls in his life guide him through the highs and lows as he tries to navigate his freshman year of high school. Don’t miss this award-winning addition to the series.

The Stupid Boy Series is a romantic story and it has been called remarkable and is alternately hilarious and painful, awkward, and enlightening.